Congratulations to my two friends, Sheenalee & Phil! They’re officially married!
Sheena asked me to write something to read during their ceremony. What I wrote & read has been placed, below…

Take a moment to picture yourself, young & small. You’ve lost something you love. At first, you’re not too worried; it will show up somewhere. But, eventually, you start to miss whatever you’ve lost.

You begin to casually look around. Usually, you keep this beloved item in a special place. Perhaps it’s a football that was autographed by your favorite player, thus you keep it inside of a glass case. Or, maybe it’s a piece of jewelry that was given to you by your mother or father.

Whatever the item may be, it’s something that you hold close to your heart. Because it’s important, you protect it, and you take care of it. But, now it’s missing.

To your dismay, it’s not lying in the usual place that it should be. You figured you’d be able to find it easily. But, as time continues to pass, a bundle of emotions begin to rush through you.

You start to feel sad. You’re somewhat scared that you’ve lost it for good. And, you feel angry at yourself for acting carelessly.

Will I have to face the fact that I’ve lost something for good?

Will I find it, somehow, sometime?

At some point in life, I think we all can relate to these two questions. Back in May, these are a few of the questions that were lingering within my mind. And, amidst a sunny morning in May, Sheena picked me up, as we had plans to layout at the beach.

Our day was filled with thoughts and deep discussion, as we successfully achieved a slight redness all over the back sides of our bodies. Amidst discussion, one thing remained true at the end of the day. I left Sheena with hope in my heart, much more hope than I’d had the day before.

This was a day in my life where I was once again blessed, blessed to regain faith that things were going according to plan. When I say the word ‘plan,’ I’m referring to the belief in something far greater than the mind can comprehend. I do believe there is a plan for each of us.

After spending the day with Sheena, I had a greater appreciation for the man she was engaged to. Sheena had nothing but positive things to say about Phil, and it was incredibly refreshing to be around a person who felt entirely happy about her relationship. Her positivity reflected the strength within she and Phil’s relationship. It was also a reflection of the health within both Sheena & Phil, individually. With that said, I understood why they were engaged.

The day after the beach, I decided to write something that pertained to Sheena & Phil, and I placed it on my blog. Thereafter, Sheena invited me to read either the blog or something new during her wedding. And, this was the greatest compliment and honor I’ve ever received. I’d like to share a small excerpt from the original piece that I wrote on May 13th, 2010.

I met this couple, Sheenalee & Phil, through a community of artists, due to having dated Rick. I never saw Sheena and Phil fight, nor did I hear of any chaotic, crazy stories. They seemed to communicate and get along, naturally and with ease; they were stable.

When the news broke out that Sheena and Phil had called it quits, many people were shocked. There had to be a huge, terrible reason for a couple to break-up, after having been together for more than SIX whole years. If two people stay together for that long, they surely love each other. Altogether, it didn’t feel “right” to conclude that they’d fallen out of love. But, at the end of the day, the truth remained: it was over.

Shortly after the break up, I arrived at a traditional loft party. I was a little surprised to find that Sheena and Phil were both in attendance. Later that night, I stood outside with Sheena and Rick, as she told us how she’d been doing.

“Well, I have three jobs. I’m just trying to stay busy. I’ve been learning about mechanics, in order to take care of my car. Kirstin and I are making space in my apartment for dance lessons. We are creating a musical. I’m just focusing on me!”

Rick and I were dumbfounded.

On our drive home that night, we talked about Sheena & Phil. We saw Phil that night, and he really looked sad; and, we hated seeing that. Meanwhile, Sheena seemed to be perfectly fine; and, we were glad she was doing so well.

All in all, a lot of questions ran through my head:

Was their relationship real?
How was this all possible?
Why did they break up?

As the year went by, I saw Sheena & Phil occasionally, usually at the same events. She seemed to be on the same path. And, gradually, Phil seemed to look a little less low. In my eyes, the entire ordeal sort of seemed to fade into nothing, just as relationships come and go. Sheena and Phil had a long relationship, but it was over. He had immediately moved out, they saw each other from time to time, and that was that.

…Time flew by; before I knew it, it had been nine months since Sheena & Phil had broken up. Furthermore, it had been many months since my relationship with Rick had ended. And, on an average, ordinary day, Rick had been in contact with me. In the midst of many text messages, he sent me a message that made me blink twice. Was I really reading what he’d written, correctly? Thereafter, my eyes filled up with tears.

Rick said, “Sheena and Phil are engaged.”
Without thinking, I instantly responded with five words: “That is the sweetest surprise.”

This was the first time I’d labeled something as the “sweetest surprise.” And, because of Phil & Sheena, I thought to name the blog that I write on “Sweetest Surprise.” These two words have become very meaningful to me. And, their story is a beautiful way to illuminate what the sweetest surprise may entail.

Everyone had assumed that Sheena and Phil were over for good. No one would have ever thought they’d suddenly hear the news that Sheena & Phil were engaged. We were all shocked. And, I’d be willing to bet that everyone, who knows this couple, was (and is) sweetly surprised.

The truth was that their love had never died. After taking 9 months apart, seeing one another every now and then, they had decided to hang out. While eating some burritos, Sheena professed her love for Phil, nonchalantly. Phil immediately put his burrito down. I think this was Phil’s Sweetest Surprise.

After Sheena and Phil asked me to talk at their wedding, I decided to drive to the beach one day, in order to clear my head and write. The ocean always seems to increase my mind’s ability to think of what matters most in life. But, as life should have it, I arrived to the ocean, only to see overcast skies and fog. I sat on a bench on Ocean Avenue, staring straight ahead into complete and utter whiteness at 3:30 in the afternoon. 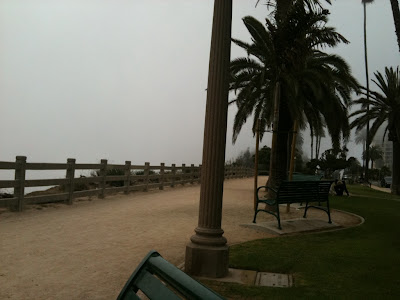 Not only was I entirely surprised to see this vision, but I realized how uncomfortable it made me feel. I began to think about life, light, and eye sight. Usually, I’m able to think more openly at the ocean because of the sight that I see. The ocean is so vast that it’s almost unbelievable, which serves as a reminder of how remarkably amazing this life is. But, on this day, I imagined what life would be like if you could not see past a certain point. What if we could only see complete & utter whiteness, ahead. Then, I realized the irony that existed within these thoughts.

Many of the most troubling times in life exist when you cannot see past a certain point. Sometimes, the road ahead remains a mystery; and just like the whiteness that I witnessed in front of me, not knowing what your future entails can be very uncomfortable. This is similar to the discomfort you feel when you’ve possibly lost something that you love. All in all, this has led me to the same conclusion.

There are millions of species, as well as human beings, that live upon this earth. There are lots of countries, filled with cities & towns. Everything that exists today is due to that which came before us; this has all come to be, over the last 200,000 years. And, here we are, in Highland Park, celebrating the marriage of Sheena & Phil. That within itself is truly remarkable –to be alive within the same period of time, & to have met one another for whatever reason. Instead of simply thinking, “I’m at Sheena & Phil’s wedding,” my wish is that each person who is here today will take a moment to consider the significance and beauty that lies within all the tiny, little details that led us all to this very spot.

Furthermore, I’d like for you all to remember the two words, “Sweetest Surprise,” and the story that lies behind them. During any moment in life, if you see utter whiteness ahead, or if you feel fearful that you’ve lost something you love, please remember Sheena and Phil’s story. Thereafter, try to let go of the fear, and embrace the present moment with love. Instead of wishing for more or thinking you’d be happier “if only,” appreciate what you have, and take care of it. Embrace the mystery that lies ahead because you never know what’s around the corner. You may come to find that it’s the sweetest surprise. 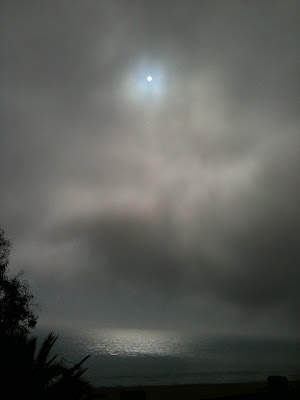 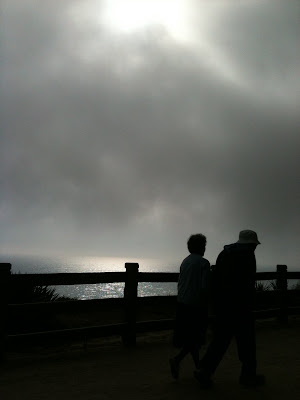 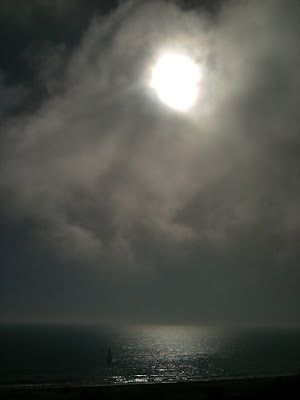